Smart Contracts Are Set To Shake Up The Major Sectors. Here’s Why 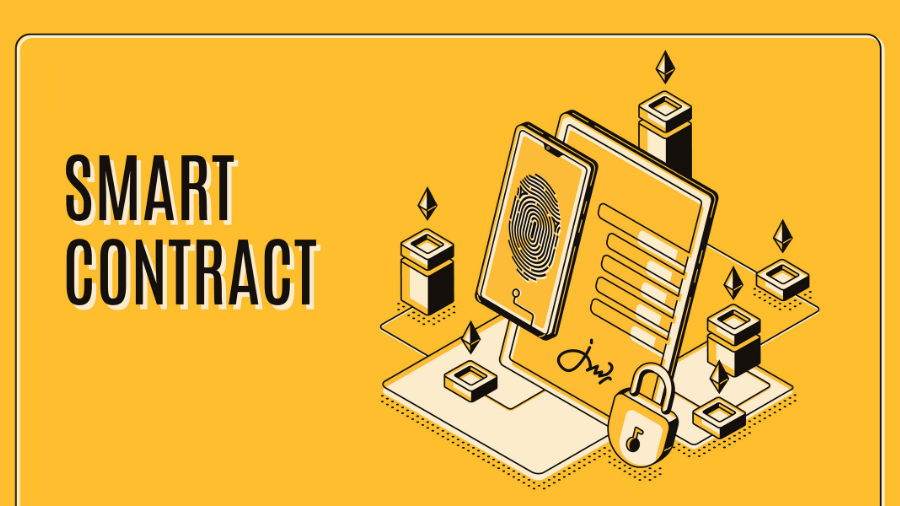 If you’ve opened any social media in the past few years, you may have heard the term blockchain at least once. You may have learnt it in association with cryptocurrencies like Bitcoin, Ethereum, and the like. To be fair, that was the origin of the technology. However, since its inception, blockchain technology has progressed quite far and brought about a number of use cases, one of the most prominent ones being smart contracts. The reason we say it like that is this one application has the potential to virtually transform every single business out there. How? Read on to find out.

First, let’s tell you what exactly a smart contract is. 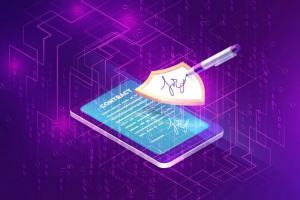 In essence, a smart contract is the digital version of a legal agreement. It is a self-enforcing software that facilitates, verifies, or enforces the settlement or implementation of a contract in an automated process and is controlled by a peer-to-peer network of computers. A smart contract in blockchain can be fed the set of clauses from a contract and it will initiate exchanges between nodes only when all of the requirements are met. The authentication of this procedure is conducted digitally by a collection of distributed computers without any human interference.

By development, think of a smart contract in blockchain as an ongoing chain that records a set of actions relevant to a product or a service. Each action is chronologically recorded as it occurs, with a date and timestamp that can never be altered. On top of it, data in this ledger once recorded cannot be changed without leaving a mark or changing the subsequent blocks of data in the chain, making the process as hacker-proof as it gets.

Now let’s talk about how smart contracts can revolutionise industries

The centralised database systems currently in use in every sector are vulnerable to hacking attacks, theft of data, loss of information, and most importantly, profit drain and/or corruption because of the mandatory middlemen. With its secure and automated record-keeping and transaction methods, smart contracts in blockchain technology can resolve all these issues and bring in a total metamorphosis of industries.

Day by day we’re becoming more aware of the bigger part of the voting system being corrupted. Voter identity, vote tallying, and record management are just some of the areas that require far greater security than before, during as well as after the election process.

Smart contracts in blockchain have the potential to significantly reduce, if not totally eradicate, election fraud. They can keep track of voter IDs, eliminating identity theft. The votes can be strictly monitored with the strong security of blockchain, which means it will be impossible to lose or remove voter data or change them to play party politics. Plus, it will eliminate the recounting trouble.

The shipping industry is hyper-exposed to vast information that is as complex and complicated as they are abundant. In an industry based on advanced trading networks, it’s dysfunctional and time-consuming at best.

Smart Contracts, of course, stand to revolutionise the endless paper trail involved in the supply chain. The use of blockchain in this system will secure the transactions by documenting everything in a permanent, decentralised, and easily shareable manner. Consequently, this will reduce bottlenecks, wastage, and human mistakes while also tracking the products’ fair trade compliance across the distribution network.

Whenever there is a financial element involved, the danger of fraud is inherent. According to a PwC analysis, 45% of financial services firms have been victims of financial fraud in one form or another, ranging from forgery and cybercrime to laundering, extortion, and corruption.

The use of smart contracts in blockchain can make all the difference in the finance industry.

The high level of security provided by blockchain-based systems could aid in the protection of internal data as well as trading networks. Dispersing transactions across a larger network improves the security of the entire system and protects it from hacking or distributed denial-of-service (DDoS) assaults.

The healthcare business has traditionally been hampered by a lack of safe data storage and efficient interaction among experts, making it difficult to detect ailments and provide prompt medical attention.

Smart contracts in blockchain can be used to establish a better data exchange and analytics infrastructure across the medical fraternity, allowing institutions all around the globe to share credible medical studies and research data in real-time while maintaining complete control over their own reserves. The traceability feature in smart contracts makes it much easier to verify the sources and timestamps on this information, confirming its integrity and certainty.

Property purchasing and selling is generally a shrouded, pain-generating process. It is an industry prone to public record errors and infested with intermediaries making the procedures long and mostly fraudulent.

The introduction of Smart Contracts in blockchain offers buyers and sellers a figurative olive branch in an industry known for poor efficiency and problematic recordkeeping. We expect that Smart Contracts initiated will deal specifically to counter associated problems featured in the mortgage, financial and title companies, streamlining said processes and significantly limiting space for human error.

With the rapid rise of blockchain applications, even national governments, along with major corporations, have started to integrate the technology into their businesses. In fact, new technologies based on blockchain are coming up that are using smart contracts as an essential component. If you’ve ever bought/traded NFTs, you know what we’re talking about. As more and more companies get into it, it’ll come as no surprise if, within a few more years, smart contracts become completely mainstream, the common people implementing them every day.

Want to talk to a leading team about Blockchain integration and how it can translate to your sector? Speak with our team of experts today.

The benefits of Blockchain smart contracts and it’s aims 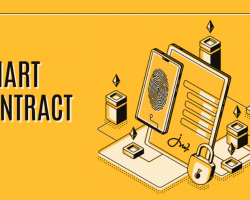 Smart Contracts Are Set To Shake Up The Major Sectors. Here’s Why

If you’ve opened any social media in the past few years, you may have heard the term blockchain at least once. You may have learnt it in association with cryptocurrencies like Bitcoin, Ethereum, and the like. To be fair, that...