How Fintech is impacting financial services? Can I Explain it to my Mom?

Home > Defi > How Fintech is impacting financial services? Can I Explain it to my Mom?
See all articles 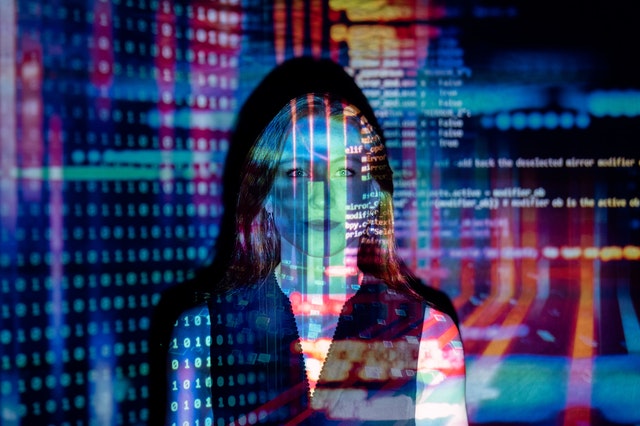 My dad was a banker, so my mom being wife to a banker, is no amateur.

Fintech is not a new product offering. Fintech organizations have been on the rise for the previous several decades all over the world. That’s kind of understandable – easy-to-grasp objectives, quick and inexpensive ways of solving problems and easy access all the time, anywhere. She knows technology and finance go hand in hand and are always evolving.

But her question next, forced me to put on my thinking cap.

Mom- Is Fintech a Hype or Not?

Perhaps both. And the money is on Fintech too.

The Fintech industry is after all smoking hot. Investments are ripe, competition is fierce, and demand is high.

There is no denying the wild user adoption of crowd funding, peer to peer lending, crypto currencies, smart contracts, mobile money and telematics (in insurance), and more. These innovations are enabled through new technology and harnessing data differently, changing the way we as consumers qualify for and use products in this busy world.

Back to what is Fintech and what it is not? What should I tell my mom? It was needed of her to know the story of FinTech and how it has evolved until today.

The first era of modern fintech, fintech 1.0 about building the underlying infrastructure that supports todays global financial markets. The second major era of modern FinTech evolution, what we call 2.0, started in 1967.

It was the launch of the first hand held calculator and the first ATM installed by Barclays bank that marked the beginning of the modern period of fintech in 1967.

This period marks the shift from analog to digital and is led by traditional financial institutions.

There were various significant trends that took shape in the early 1970s, such as establishment of NASDAQ, the world’s 1st digital stock exchange, which marked the beginning of how the financial markets operate today.

In 1973, SWIFT (Society For Worldwide Interbank Financial Telecommunications) was established.

and is to this day the first and the most commonly used communication protocol between financial institutions facilitating the large volume of cross broder payments.

The 1980s saw the rise of Bank Mainframe Computers and the world is introduced to online banking, which flourished in 1990s with the Internet and e-commerce business models.

Online banking brought about a major shift in how people perceived money & their relationship with financial institutions.

By the beginning of the 21st century, banks’ internal processes, interactions with outsiders and retail customers had become fully digitized. This era ended with the Global Financial Crisis in 2008.

As the origins of the Global Financial Crisis that soon morphed into a general economic crisis become more widely understood, the general public developed a distrust of the traditional banking system. This and the fact that many financial professionals were out of work, led to a shift in mindset and paved a way to a new industry, Fintech 3.0. So, this era is marked by the emergence of new players along side the already existing ones (such as banks).

The release of Bitcoin v0.1 in 2009 is another event that has had a major impact on the financial world and was soon followed by the boom of different cryptocurrencies (which, in turn, was followed by the great crypto crash in 2018).

Another important factor that shaped the face of fintech is the mass-market penetration of smartphones that has enabled internet access for millions of people across the globe. Smartphone today is the primary means by which people access the internet and use different financial services. 2011 saw the introduction of Google Wallet, followed by Apple pay in 2014.

Fintech now includes different sectors and industries such as education, retail banking, fundraising and non profit or investment management as also to name.

Mom – How does FinTech Affect Me?

Me – When you travel through the world to visit your kids, you go to an exchange bureau and the exchange rates of currencies on the display board are so depressing. If you are paying 5% travel charges, you could have got 1 trip free for every 20 trips you made if there were no charges. There has been a big problem in the financial services today as there has been in the past. FinTech shows you how.

Inspite of the issues right now with privacy breach of our data in Facebook or Amazon and you know how they treat their staff, Google again with privacy. But, if we consider companies from SiliconValley; they started because they wanted to make a difference, they wanted to solve problems and this is a different way of thinking than just making money obviously every business wants to make money the question is how, mom!

Welcome to FinTech! We all like buzzwords and adding tech to it just makes it sound more impressive. If it is media – MediaTech. If it is health – HealthTech. So this is FinTech!

Mom – How is it affecting technology?

Yes, its been on your mobile phones, you are doing online banking ….a lot of stuff on your phones and iPads. Its the difference in the way you think.

If you think of frauds, the Credit cards company charge you 3%. When you book an airline ticket, you are paying 3% on top; why they say to cover up the credit risk —- the fraud that might happen and all of that. All of it can be solved today using machine learning and AI Artificial intelligence.

Imagine you’re on Google Maps you’re trying to go to destination and Google says you could take an Uber or My Taxi and this is the cost. How did that happen Mom? It’s using API. One system talking to other systems, This is what we’re doing in FinTech.

We’ve come a long way from you know take my goat for your milk kind of thing right we using digital currency we’re getting into crypto the key thing here is the pace of innovation has increased quite a lot so what we talk about today is the fourth Industrial Revolution. The second information technology revolution it’s a world where it’s artificial intelligence big data Internet of Things moving very very rapidly. AI – everyone talks about it what is it? It’s computers thinking like humans but what I want you to understand is there’s a difference between what is happening today a lot of it is machine learning and others is artificial intelligence.

So Arthur Samuel played checkers with a computer and after eight hours the computer beat sangil’s so the machine learned a thing it talked about simulations. AI is different.

Mom- Does FinTech offer me security?

If you think about AI mom, there are a lot of things that can be done in FinTech. How much did you spend on restraunts in Japan? It can tell you. If lost your ATM card and called your bank to report, they would ask you funny details. What’s your mother’s maiden name? What is your pet’s name? Where were you born? There things can be found out but visual identificaiton your fingerprints can’t and this is the next point which we can leverage in FinTech.

Think about your insurance policy if you have insured your mobile phone and it gets stolen. How nice would it be, if you get a report from police that is automatically taken up by the system, such is a smart contract. If my phone is lost; if there is a police record then pay me. So the insurance company pays you.

Quick Review of some more money articles to feed the money nerd in you!

Grammarly – best grammar and plagiarism checker app. Also see how you can make $24 instantly by just writing a review

Profitable business ideas to give you better hair

So, the other day, I convinced my mom that AI in FinTech can do a lot and change our lives for the good. A lot of money is being thrown at FinTech but this will sort itself out it has happened in the past it will happen in the future how much innovation can happen someone you do remember that innovation can happen all the time you do something you can improve it you can improve it again.

Artificial intelligence – AI and Machine learning – ML and big data analytics are becoming commodity technologies. They are no longer nice to Have but must to compete. Rapidly changing technology (think smartphones) is giving a green light to Fintech innovation.

How Fintech is impacting financial services? Can I Explain it to my Mom?

My dad was a banker, so my mom being wife to a banker, is no amateur. Fintech is not a new product offering. Fintech organizations have been on the rise for the previous several decades all over the world. That's...

What is DeFi and how does it aim to change the financial architecture of the world?

The centralized financial architecture has been causing a lot of trouble for quite some time. After blockchain arrived in the market in the form of cryptocurrencies, it demonstrated the potential of completely disrupting the finance system, which also kept it... 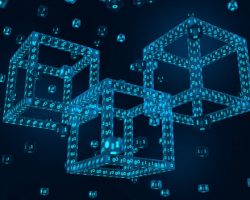 What You Need to Know About Decentralised Finance (DeFi)

Blockchain is transforming the property market and finance sector. Thanks to the technology’s affordances such as enhanced security, increased speed and better data recording, it’s been hailed by some experts as “the future of finance”. But when it comes to...