It is safe to say that everyone is fully aware about how innovative and productive Blockchain is at keeping data and information secure, managing transactions and smart contracts efficiently and effectively without any third party interference and so much more.

However, when we take a look at Bitcoin, and what Bitcoin offers, it is clear to see that Bitcoin does have a variety of benefits, including; teaching people more about capitalism, making better investments and how cryptocurrency works, that can be potentially more important than Blockchain.

So, what is Bitcoin? Bitcoin is a cryptocurrency. In other terms it is a digital/virtual currency that can be used to buy and sell products and services and manage payments between people in an online and virtual process.

The main reason why people want to invest in purchasing Bitcoin and cryptocurrency is because they are not controlled by governments or banks. Bitcoin transactions are all processed publicly so that there is no way for fake Bitcoins to be made or used and they can’t be copied.

Additionally, anyone can spend their Bitcoins anonymously, although transactions are public anyone can spend without sharing their account number, so there are high levels of protection that Bitcoin provides when it comes to the security of personal data and information.

Bitcoin matters more than Blockchain for a variety of reasons. The overarching reason is because it is putting to bed the banks and accounting systems and creating a virtual world in which money, currency and buying/selling can be done without the influence and control from the government and banks.

Bitcoin encourages people to run their own financial system outside of the traditional ones like banks and government controlled systems. Bitcoin enables people at the very touch of their keyboard or at the click of a button and process their very own transactions and buy and sell whatever they like without any external influence and all managed in virtual contracts and transactions.

Unlike Blockchain, that is still used by banks to maintain a level of control in transactions and view on people’s finances; Bitcoin is a separate platform and way to provide people with a more self-sufficient way of managing their money and finances all through virtual interactions, online buying and selling methods and making virtual investments, all done without any control from government bodies and banks.

Bitcoin has been invested in by many different people and most commonly a diverse range of businesses and large corporations as a way to buy and sell any of their goods and services. Although many businesses have turned to Blockchain as a smarter and more secure way of managing their business, Bitcoin has been able to gauge a wider audience and more businesses than Blockchain.

Some businesses that have chosen to invest in Bitcoin are Microsoft and Overstock to name a couple and Bitcoin has proven to, over Blockchain contribute quite largely to these industries success and financial performance.

Bitcoin matters more than Blockchain also offers people who are struggling financially the opportunity to make their own better investments without the involvement of banks all through cryptocurrency. Bitcoin is a way for people to have a decentralised way of storing and accessing money. People are also able to access their Bitcoin at any time.

Unlike Blockchain’s future, Bitcoin has the capacity to have many long-term benefits for the future and will set people up for life financially. People who may be struggling financially will always have the Bitcoin back-up readily available for whenever they want to access it.

Bitcoin has the power to positively help society develop when it comes to finances and investments. Bitcoin has been proven to teach people more about the value of currency. As well as give society a deeper insight into what capitalism is and how to go about managing virtual transactions without external governmental or bank interference and control.

It is through Bitcoin, not Blockchain, that people are learning the importance of making better investments to eventually come into making some positive and significant profits.

Additionally, Bitcoin has the ability to create a variety of ways in which people can have financial back-up and assistance, creating higher levels of financial stability for the future which will have positive outcomes for everyone. 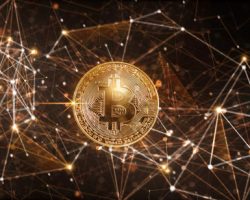 It is safe to say that everyone is fully aware about how innovative and productive Blockchain is at keeping data and information secure, managing transactions and smart contracts efficiently and effectively without any third party interference and so much more.... 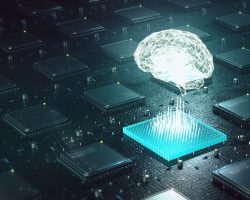 Having recently tipped a decade since conception, Bitcoin continues to prove itself to be the technology to redefine business as we know it. Considering the technology used to drive Bitcoin needs no intermediaries to make, receive and run payment, the... 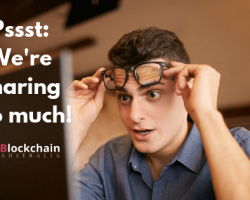 It’s less of a secret now that our data is commonly swiped by multinational giants in order to improve their progressive wallop- and it’s often at our expense. This infuriating loophole means that we’re often subject to a whole host...