Home > Digital Identity > What Are NFTs?
See all articles

Keeping up with innovations in the blockchain space isn’t easy – but that’s all part of the fun, right? NFTs have burst onto the scene and they’re making blockchain more accessible to everyone. But that doesn’t mean things are straight-foward.
You’ve likely heard about collectible kittens (CryptoKitties), virtual worlds, and even Tweets being sold for $2.9 million USD. If you’re still as confused as ever, we’re breaking down what NFTs are as simply as possible, in this complete NFT guide.

What is an NFT?

An NFT stands for a non-fungible token. To decipher this, let’s first start with the meaning of “fungible”.

Fungible describes something that can be directly replaced or traded. For example, the Australian dollar, and Bitcoins are both fungible. You can swap a Bitcoin for another Bitcoin and you’d still hold the same value as you had before.

Non-fungible tokens, on the other hand, are unique and can’t be simply replaced with something else. NFTs have become collectible digital assets that hold value as a form of cryptocurrency. You can think of them as the next step up from cryptocurrencies. Their files hold more data which elevates it to something else, so an NFT could be a piece of digital art, a music file, or just about anything unique that can be stored digitally.

How do NFTs work?

Most NFTs are built on the Ethereum blockchain. They’re essentially tokens that can be traded (as JPGs, videos, GIFs, etc.), due to their extra stored information. They’re valuable because of their uniqueness, and the fact that they can be bought and sold – just like assets we’re familiar with in the physical world.

And, in much the same way, NFTs can be copied and sold. These copies are still classed as being valid on the blockchain, but hold less value than the original.

Most NFTs are built using Ethereum token standards ERC-721 and ERC-1155. These are just blueprints developed by Ethereum that enable developers to deploy NFTs that are compatible with the wider ecosystem. In other words, they can be incorporated with different wallets and exchange services.

What are some of the key characteristics of NFTs?

So what makes NFTs stand out? The buzz is down to some key features.

NFT standards enable them to be traded across multiple ecosystems. For example, a new NFT project could be viewed inside different wallet providers, marketplaces and virtual worlds. This movement is largely due to the open standards that provide consistent API for reading and writing data.

NFTs enable developers to build common, reusable standards. Whereas traditional assets, such as event tickets, have no unified representation in the digital world, NFTs are represented on a public blockchain so are subject to relevant standards that govern control, ownership and transfers.

The tradability of NFTs is what facilitates free trade across open markets. For the first time, users are able to move items from their original environment and into a sophisticated trading marketplace. In game development, this represents the transition from a closed economy to an open one, So, developers no longer have to manage the entirety of the economy; free markets can help them out.

The instant tradability of NFTs also means higher liquidity. An expanded market paves the way for a wider variety of audiences – both novice and experienced – and better exposure of assets.

Historical ownership data is stored on the blockchain, making it easy to trace tokens back to their original creator. This allows for the authentication of tokens without the need for third party verification.

Thanks to smart contracts, owners can put caps on the supply of NFTs, so only a specified number of a particular NFT can be created. And, once issued, developers can decide which properties of non-fungible tokens cannot be modified.

Where can I buy non-fungible tokens?

If you feel like becoming a collector yourself, where should you go? There are lots of NFT platforms you can head to buy NFTs. Each sells something slightly different (though there are some general marketplaces) and so the best platform for you depends on the type of asset you’re looking for.

In order to make a purchase, you’ll need a digital wallet specific to that platform, and it’ll need to be loaded with some cryptocurrency.

Because of the rare collectible nature of NFTs, many are released as “drops”. Think of it as similar to festival or event tickets going on sale, when fans rush to a website to get theirs.

Here are some of the more well-known sites that sell NFTs:

Where does the value come from?

If you’ve already done some research into non-fungible tokens, you’ll know that some people are spending incredible amounts of money. On the extreme end of the scale, a video by Beeple sold for $6.6 million USD.

Although this is a stand-out case, there’s a reason NFTs can have so much value.

Like all assets, the key drivers for price are supply and demand. Much of the value comes from the scarce nature and the fact that owners have proof that they’re the original owner of an asset. For these reasons, gamers, collectors and investors are prepared to pay a lot of money.

When invested wisely, some NFTs could generate massive returns when sold on to another buyer. For example, one user of the Decentraland virtual world platform bought 64 lots and combined them into a single estate. This estate then sold for $80,000 USD because of its desirable location.

Can I create my own token?

Yes! There are platforms out there that let users “mint” their assets and sell them as NFTs on the blockchain. In most cases, no developing or coding skills are needed. You simply need to have an asset that you created (such as a piece of art or a song), and follow instructions to put it up for sale on your chosen platform.

You can even attach a commission to the sale, so you get a cut every time it’s resold.

In theory, this all sounds great. However, it’s important to remember that most sellers don’t catapult to success (unlike this Gucci Ghost that sold for $3600 USD). There are also fees attached to the minting process. Most platforms charge a “gas” fee, which covers the price of the energy needed to complete the transaction.

In some cases, gas fees are so high that they become a roadblock for artists to mint their creations at all. You’ll also need to consider conversion rates and price fluctuations throughout the day.

If you do feel ready to create your own token, do some research. You’ll find that some platforms are more affordable than others. OpenSea, for example, recently removed the gas fee to make NFT minting free.

Creating your own NFT platform

If you’re interested in developing an NFT platform or application, that’s where Blockchain Australia comes in.

Our NFT development services take your idea and turn it into a real application. That means you could become the next big market place that users can buy, sell and trade NFTs on. The potential is almost endless and your platform can be customised to meet your needs and your market.

Just some markets you could create an NFT platform for include:

Are there any famous NFT platforms I should know about?

Throughout the short history of NFTs, there have been stand-out projects that represent particular phases – even revolutions – in the space. You might already be familiar with some of them, but let’s outline some key case studies that generated a big chunk of media interest, as well as investment.

CryptoPunks followed some very early experimentation, and were the first NFTs to be created on Ethereum. These collectible characters lowered the barrier to entry with NFTs, and arrived on the scene before the birth of the ERC-721 token standard.

Out of 10,000 CryptoPunks characters, no two are exactly alike. As one of the originals, CryptoPunks could have extra value in their potential to become the first digital antiques. They’re not cheap, with the lowest priced character on sale for over $40,000 USD. Since their inception, the total value of CryptoPunks sales comes to over $280 million USD.

CryptoKitties effectively took NFTs mainstream. This on-chain game enabled players to breed digital kittens, creating rarer kittens that could be sold for more money. Not only was this fun, but it presented the chance to make more money, so CryptoKitties went viral.

Each cat is one-of-a-kind and ownership is proven. Dragon, a character from the game, became one of the most expensive NFTs to ever be sold. It went for 600 ETH (approximately $924,000 USD).

With the expansion of blockchain-native virtual worlds came the opportunity for land ownership and in-world assets. Decentraland was a pillarstone of this phase, and in 2018, it saw more trading volume than any other NFT.

Possibly the most hyped blockchain game on the market today, Gods Unchained is a trading card game running on the Ethereum network. What’s unique is that it’s free to play, and users can earn in-game items that can be sold for real cash.

The most expensive card sold that we know about was the Atlas card, which went in an auction for the equivalent of $31,000 USD.

Domain naming services is the third largest NFT class, coming in after gaming and digital art. Ethereum Name Service made it possible to trade names on open NFT marketplaces, and Unstoppable Domains was released afterwards as a venture-backed approach.

Recently, Unstoppable Domains released .crypto as an ERC-721 asset. This platform made it possible to send cryptocurrency with just the knowledge of the recipient’s blockchain domain. The most expensive domain name sold to date is win.crypto, which went for $100,000 USD.

NBA Top Shot (created by the NBA) is a decentralised trading market that allows fans to collect their own little pieces of the sport’s history, in the form of trading cards. All card packs are bought and sold directly on the Top Shot platform, and the most expensive card we know about so far was sold for $208,000 USD. It showed LeBron James dunking over former Sacramento Kings player Nemanja Bjelica.

So, what are NFTs & should you pay attention?

Given the huge success and widespread adoption of NFTs so far, your business can get ahead by creating your own NFT application. With whopping sums of money being spent on non-fungible tokens, it’s clear that there’s a real hype and exciting potential surrounding the innovation.

Blockchain Australia has the capabilities to help you leverage blockchain technology to build an NFT platform. Get in touch to find out how you could disrupt your market with these one-of-a-kind assets.

NFTs came to existence only about two years ago, yet they have taken the world by large within this very short period. As a matter of fact, one of the biggest applications of NFTs happens to be in the gaming...

Keeping up with innovations in the blockchain space isn’t easy - but that’s all part of the fun, right? NFTs have burst onto the scene and they’re making blockchain more accessible to everyone. But that doesn’t mean things are straight-foward.You’ve... 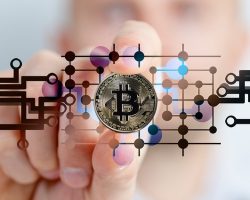 In our ever-evolving intelligence era, data is increasingly the new form of currency. Intelligence enterprise has been centred around using data to automate and simplify processes but is now also emerging as a profitable way to advertise and target consumers....