A Smart Contract is software that obtains all the relevant details of a contract- where intermediaries and middle men don’t come into play. Because of the decentralised system in which time can be saved on delays, Smart Contracts make for very affordable money saving solutions.

Benefits Of An Intermediary-Free Contract

The task automation in Smart Contract solutions is code based and relies on little intervention from an operator. This significantly reduces administration costs that are usually expected with standard contracts of the past.

Risk reduction is also significant, with the participation of an entire network sharing the ledger, there are no single parties or individuals responsible for delegating and processing transactions.

Blockchains are simply not susceptible to the fallibilities human intervention poses. The code is fixed and immutable, which means that records cannot be tampered with. The nature of such an accurate and fixed system facilitates business operations that are more streamlined and faster than ever.

Any data-driven business stands to benefit from Smart Contract services. Aspects trackable in this technology include finances, time, temperature, weights- practically all business modalities can benefit from the pre-set conditions Smart Contracts offer.

Automating your business processes with its high-precision response is one of the benefits of a Blockchain based system. Now more than ever, it is possible to rely on technology to take care of the complicated processes and systems that standard systems operate by.

The technology in Smart Contracts transfers extremely well in a number of business settings. Healthcare, Insurance, Freight, Logistics, and Accounting all stand to benefit from the advanced technology, privacy and reliability that Smart Contracts solutions represent.

Blockchain Australia are proud to offer leading expertise in Smart Contract development services and more. Would you like to learn more about our Smart Contract solutions? Australia’s leading team of experts can help. Call us on 1300 462 562 today.

What is a smart contract?

A smart contract is a computer program that directly controls the transfer of currencies and assets between parties under set conditions. A smart contract uses information given as input and then assigns a value that is stored on blockchains, which are a public database that is almost unhackable. The key attribute to smart contracts is that there is no third-party involvement thus there are no extra or hidden fees involved with these types of contracts.  By eliminating the third party or intermediaries essentially the individuals or parties involved will be saving money and reducing costs that are usually including in administration fees. The technology behind smart contracts is a well-structured system that will execute the transactions the second that the agreements needs are met.

How do smart contracts work?

Smart contracts utilise a cryptographic code, originally developed by Nick Szabos in 1994, to control how and when the needs of an agreement are met and released, additionally new development of smart contracts allow for automation of the smart contracts.

Blockchain technology allows for smart contracts to be run on many different computers so that not one singular has control of the contract and can change the conditions. Smart contracts also allow for multi-signature accounts without the need for third party involvement and can automatically enforce obligations of the agreements made.

How do smart contracts work?

Can smart contracts work with Bitcoin?

Bitcoin was the first development to support smart contracts, thus yes Bitcoin can work with smart contracts. However, it is limited to only cryptocurrency and developers will need to create a separate token and/or contract if they wish to trade assets, stocks or bond instead of cryptocurrency. Ideally this is one of the most secure smart contract platforms because it has a smaller window for hackers to get in as Bitcoin is monitored 24/7 and utilises some of the most extensive blockchain technology.

Where can you find examples of smart contracts?

Smart contracts are becoming more common within the digital world.  Smart contracts have most recently been adapted to the US voting system to provide a decentralised ledger system that is powered by high system computers so that it is not hackable. In addition, smart contracts have been developed and used in real estate where rental properties are now exchanged for cryptocurrency and the healthcare industry where personal information can be encoded and stored on a blockchain only to be accessed by the doctor in the presence of the patient. Cryptocurrency is still the most common example of smart contract and blockchain technology but that is rapidly changing as the economy grows.

Let’s connect so we can begin building a better future for your brand. Fill out this simple form and our team will get back to you quickly to chat about your project.

We are a proud member of the Blockchain Australia (BA) 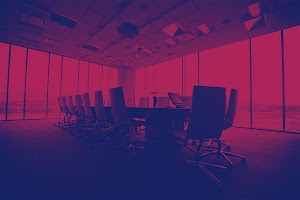 Windsor Group
05:23 06 Jul 19
We came in not knowing exactly what we wanted or needed, thankfully Ralph and his team were able to come up with a clear solution. Would highly recommend chatting to these guys, they took the time to understand my needs before trying to diagnose.read more

christopher dingas
10:44 29 Apr 19
The team at Blockchain Australia were very knowledgable in helping us to fully utilise the power of Blockchain for our platform. They understood our vision and delivered our product on time with no hassles. Would recommend them to any start-up or established company.read more

Gatiyana Kendall
07:17 17 Feb 19
Great working with Blockchain Australia team! Will recommend to anyone who is new to this space.
See All Reviews